Apart from obligations that have been imposed on accountancy bodies by the International Federation of Accountants (IFAC) through the promulgation of Statement of Membership Obligation No.1 (SMO 1) on Quality Assurance and International Standard on Quality Control No 1 (ISQC 1), The Public Accountancy Board (PAB) has a statutory responsibility (under Section 4 of the Public Accountancy Act) to “establish systems for the review of the products, methods and records of work of registered public accountants to ensure adherence to-

1. any prescribed standard of professional conduct;


An increase in public confidence in audit reports will confer substantial benefits such as facilitating inward investment and supporting the growth of the capital market in Jamaica.

PAB believes that by introducing the IFAC mandated programme mentioned above, the standard of work of auditors will improve which will enhance the reliability of audit reports issued by the auditing profession in Jamaica. It will also undoubtedly enhance the respect and credibility of members of the profession. Hence, The PAB has made arrangements to establish a programme of audit monitoring of its registrants, based on international best practice.

PAB and our partners took the decision to appoint ACCA to conduct audit monitoring on its behalf on the basis that ACCA has considerable experience and expertise in this area. In the United Kingdom and Ireland and indeed across the globe, ACCA is recognised as a leading professional body with the statutory responsibility to regulate audit firms which it licenses. ACCA has been licensing audit firms in the UK for the last twenty years.

ACCA has indicated that its monitoring programme is not only compliant with the European Union’s Statutory Audit Directive but also with IFAC’s SMO 1. ACCA has also been appointed by the national professional bodies or regulators in thirteen countries, to conduct audit monitoring on their behalf. These include five professional accountancy bodies in the Caribbean also under the auspices of the ICAC/ACCA Regional Monitoring Programme.
This arrangement anticipates that at the end of the contract with ACCA, The PAB should have developed the capability to undertake the monitoring programme on its own.

Trinidad and Tobago, Barbados, Guyana and the Bahamas have already initiated their programmes through similar arrangements with ACCA. 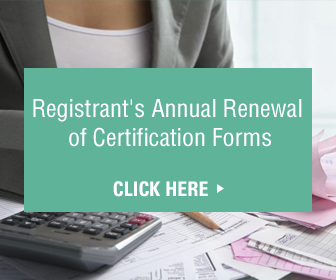